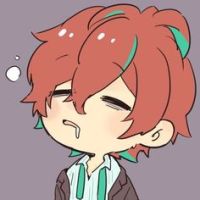 Thanks to Annie of Evening Tea Musings for creating this awesome tag to celebrate International Women’s Day (March 8th) this month. Bring yourself along a cup to drink all the tea on Asian dramas, anime and K-pop over on her blog. She also hosts this really cool ongoing project called, “Get A K-POP Playlist” where she curates song recommendations for you.

I decided to keep my selection of powerful females to those we can find in anime.

Now, Here are teh Rules:

Name a female known for her intelligence

Mizuno Ami, a.k.a Sailor Mercury from the Sailor Moon (Crystal) franchise, came to my mind when thinking about a female character known for her intelligence because her character is shaped to be the “brainy bookworm” character who is hard at work studying her favourite subjects, math and science, with her nose stuck in a textbook. Ami is known for her love of knowledge and aims to become a doctor like her mother (which takes a lot of schooling, smarts, determination and the desire to help others).

Now that I think about it, I don’t think I’ve seen anyone who is as studious as Ami in other anime.

Name a female known for her physical strength

Magi‘s Morgiana is a full blood Fanalis – a race in the Magi realm known for their amazing physical strength and fighting prowess. She can break through chains meant to hold down adult Fanalis and pierce through the flesh sabretooth tigers, hyenas and a giant armoured monkey commander with a single kick.

Name a female who powered through difficult times

I hate to think that the only reason why Yu Yu Hakusho‘s Mukuro sprang to my mind for this category is because of how I could recall the details of her horrifying past and how she escaped it in the most extreme way, via self-mutilation. As one among many interesting female characters created by Yoshihiro Togashi, her rebirth told in the final story arc of the anime series is powerful. She abandoned her past to become one of the Three Kings of the demon world all on her own by rebuilding her physical body with robotic parts, masking her gender, seeking power and ruthlessly crushing other demons on her path. The only time we ever get to see Mukuro’s vulnerability is when she accepts Hiei as her right-hand because she sees herself in him.

Name a female who you want to be friends/roommates with

XxxHolic‘s Ichihara Yuuko is the coolest lady I would could think of want to befriend. She’s a fascinating character who shares her knowledge and wisdom to help others but reveals so little of herself and never asks help from others when she’s in trouble. I’d love to tease Watanuki with Yuuko and Mokona, to borrow any of the awesome outfits she wears in the anime, manga and coloured illustrations CLAMP dresses her in and to learn about the supernatural from Yuuko as well.

Name A female who you think is a good role model

This category was difficult but I chose Ursula from Kiki’s Delivery Service. I think she’s the only character from my childhood who spoke about mental health. When Kiki loses her self-confidence and by consequence, her power to fly, Ursula told the young witch that it was alright to give yourself time to heal when you’re going through a hard time. Whether it’d be taking long walks, drinking in the surrounding scenery or dozing the day away, refreshing your mind to simply “be” before tackling the issue in front of you helps.

Name a female who deserves the spotlight

The only thing I can say about Katekyo Hitman Reborn‘s Bianchi is how she deserved more air time outside of the comedic moments. May I also point out that my fellow Scorpio was also robbed from singing her own character song, even though her heavenly voice was featured in the Reborn! character song, Family – Yakusoku no Basho e ~ vs Millefiore, with one line (2:47-2:50).

(I’m sorry if you’ve already received the tag! Plus, if anyone who has read this post and is interested in answering the tag, please send me a link so that I can read/watch it!)

A twenty-something otaku who fangirls over her favourite anime and manga series on the internet. Lives in the 514 and is now eager to spread her voice with the written word for your reading pleasure. View all posts by emikothewriter

There are two sides to this world. Welcome to the Side Of Fiction.

A Tropical Resort for all geeks

In Search of Number Nine — An anime blog

A search for my ninth favorite anime

My corner of the Internet.